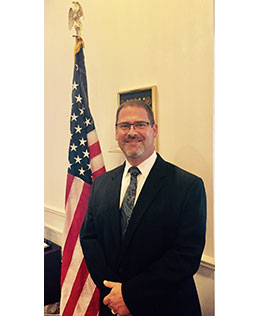 Dustin is a fun-loving, thoughtful guy. When he’s not outdoors golfing, on his Harley riding, or cheering on the Packers, Brewers or Bucks, he is helping families through difficult times. Dustin graduated from West Allis Central High School and proudly served in the United States Marine Corps. He currently resides in Brookfield with his daughter Samantha. Funeral Service is Dustin’s true passion. He began serving families in 1993 and joined Schmidt & Bartelt in 2015.