For nearly 125 years, our family has had the unique privilege of helping families through one of the most, if not the most, emotional and difficult times they will ever experience. Being in that position is not only a privilege, it is an honor.

From one generation to the next—from one family to another—we share in the deep sorrow and profound sense of loss. But to a family, we are heartened by their collective faith, strength and come togetherness. It underscores the inherent bonds of family—and community—while inspiring each of us as funeral directors to provide the greatest care and support available in funeral services throughout the greater Milwaukee area.

Through the years, this has been our family’s pledge, and it is a commitment and legacy we continue today.

Founded in 1887 by Steve and Bob’s great grandfather, August A. Schmidt, the business has passed from one generation to the next, growing and expanding along the way. The following is a brief chronological overview of such events.

Along the time August A. Schmidt was opening the doors to his family-owned funeral parlor.

Willmer G. Schmidt, son of A. A. Schmidt, joins the Schmidt & Bartelt partnership and the operation relocates to 5050 W. Vliet Street in Milwaukee.

Schmidt & Bartelt in conjunction with its affiliate A. A. Schmidt & Sons of Menomonee Falls breaks ground at the corner of Hwy 164 and W to serve the community of Sussex with a brand new facility.

Schmidt & Bartelt completes construction of a new funeral home and crematory in Menomonee Falls and opens operations at the corner of Town Hall and Menomonee Avenue.

“As fourth-generation funeral directors, we have family obligations. Namely, seeing to your family’s every wish.” 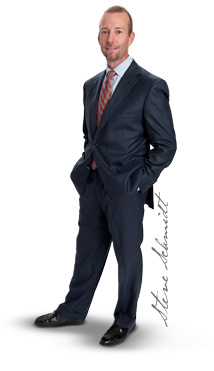