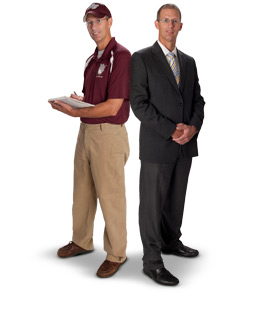 “Coaching is something that comes natural to me, and it’s something I draw upon as a

to help families cope with their loss.”

Mike has coached the Menomonee Falls Little League All-Star team each year since 2006. The part of it that Mike enjoys the most is the playful nature of the kids. No big league contracts. Just kids having the time of their lives. Better still, the pure enjoyment Mike receives from coaching his two sons and watching his daughter swim is the best part of it all. He grew up in Wild Rose, Wisconsin, but makes his home today in Mukwonago. He is actively involved in numerous organizations throughout the community, and is an active member of Brooklife Church in Mukwonago. A graduate of MATC’s Mortuary Science program in 1994, he joined Schmidt & Bartelt in 2005.